Good opportunity whilst the engine is out to have an engine bay repaint. A lot of muck, some flaking paint and the remains of the original zeibart (or similar) removed where it wasn’t wanted.

Rolled it out the garage so i could degrease and wash it off – then a rub down and primer. I had several half empty tins of spray that were slightly the wrong colour when i was touching up the body work last summer so they made a good first coat. Now waiting for a bit warmer day before i put the top coat on. 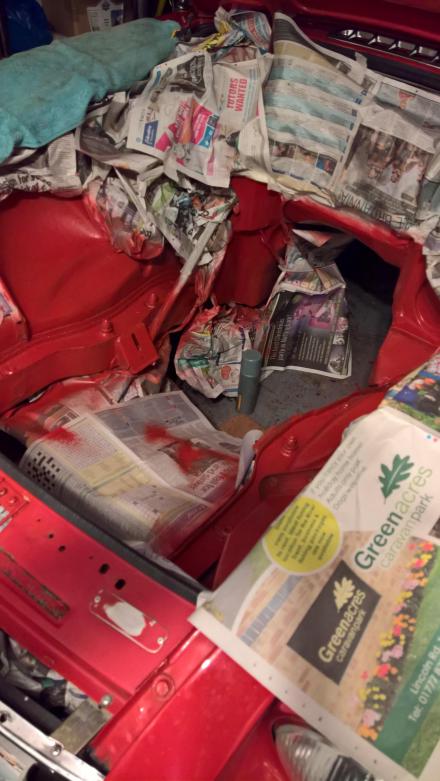 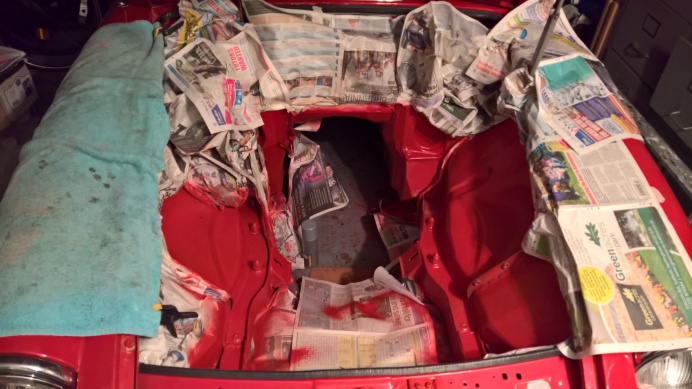 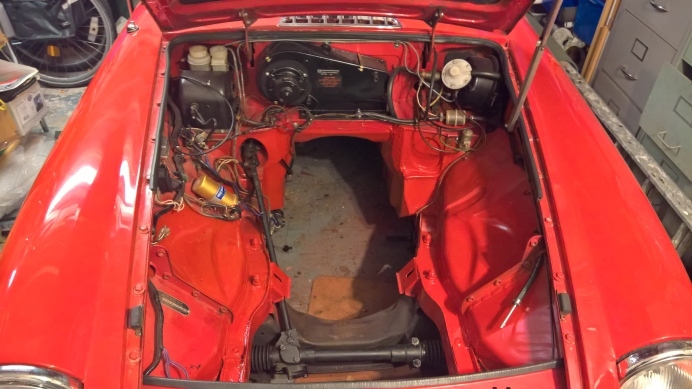