It’s interesting to see the big difference in the advance curves in the early 25D4 and later 45D4 distributors.

Looking at the curves a vertical line looking up from 3000rpm Mark the early diz advances 30deg and the later one only 15deg.

My MGB came with an after market distributor that was supposed to cover all MGB dizzies which seemed unrealistic. Based on the curves above i got hold of a 45D4 which is correct one for my year. Difficult to say how much difference it makes but it feels better. 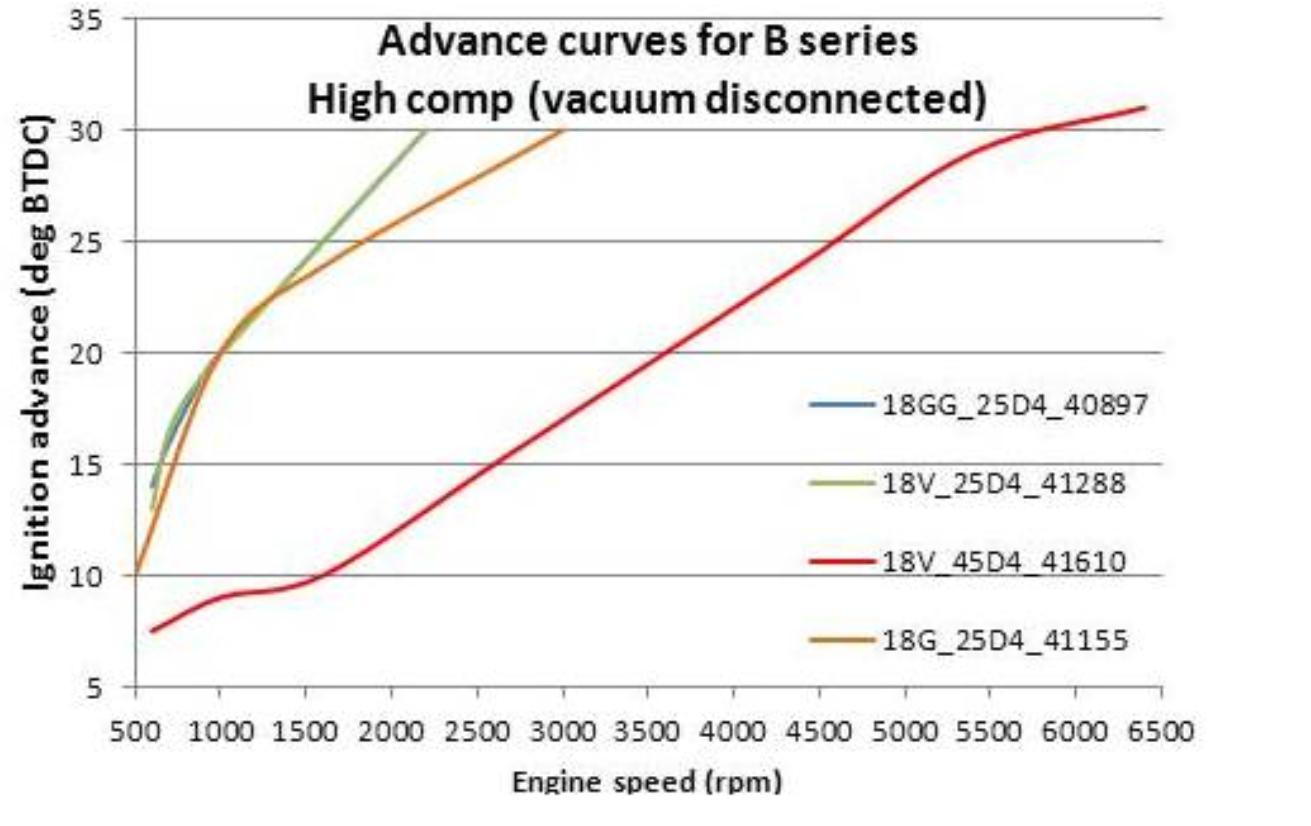 But then there are a lot of discussions that it is a waste of time setting the engine advance to original manufacturers settings as that was based on petrol in the 70s / 80s – which was leaded compared t unleaded today and many other additives.

I will be trying a different method of setting the timing and will report in a future post.