Pre 1972/3 the main supplier of glass was Triplex after which mainly Sicursiv. Apparently the first digit under the name is the year 2=72 and so on.

The picture shown is one of the quarter lights the other is dated as 1974. So don’t think that either of them could be original as the car is 1975 – unless they carried that much stock!

The ARVA glass is on the windscreen which i am certain is not original. It is an American made to BS standards and an after market replacement.I guess if the windscreen gets broken it is cheaper and easier to replace the whole windscreen in it’s frame – which might be the reason why it is there.

There cannot be many 40+ year old cars that still have all their original parts (new or old)!!

If you have triplex glass then date codes can be found on this website at http://www.bobine.nl/turner/01-general-information/triplex-glass-manufacturing-date-codes/ 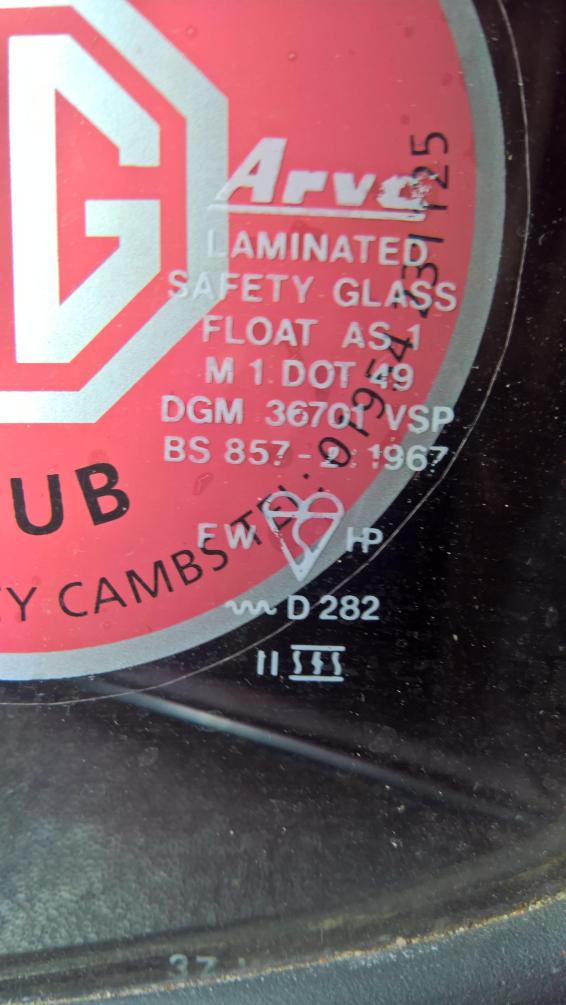