The wiring in my engine bay has always looked a bit different to others that I’ve seen at shows – mind you there seems to be difference between the others as well. The fact that a previous owner had the whole car rewired by a has meant i have never been sure whether mine was laid out correctly or the others.

There’s a lot of engine compartments down on eBay on cars for sale and I spotted the above pic on eBay of a motor of the same year that was advertised as never been on the road! …..so surely that must be pretty original.

I have now made the necessary amendments to mine to suit which means there are now no more plastic cable ties under the bonnet and a use for some small holes that were obviously meant for p-clip fastening screws. 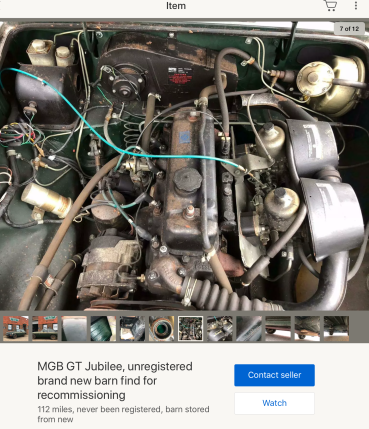